From Brooklyn to Birdsville

Posted on November 13, 2014 By Miles from Brooklyn 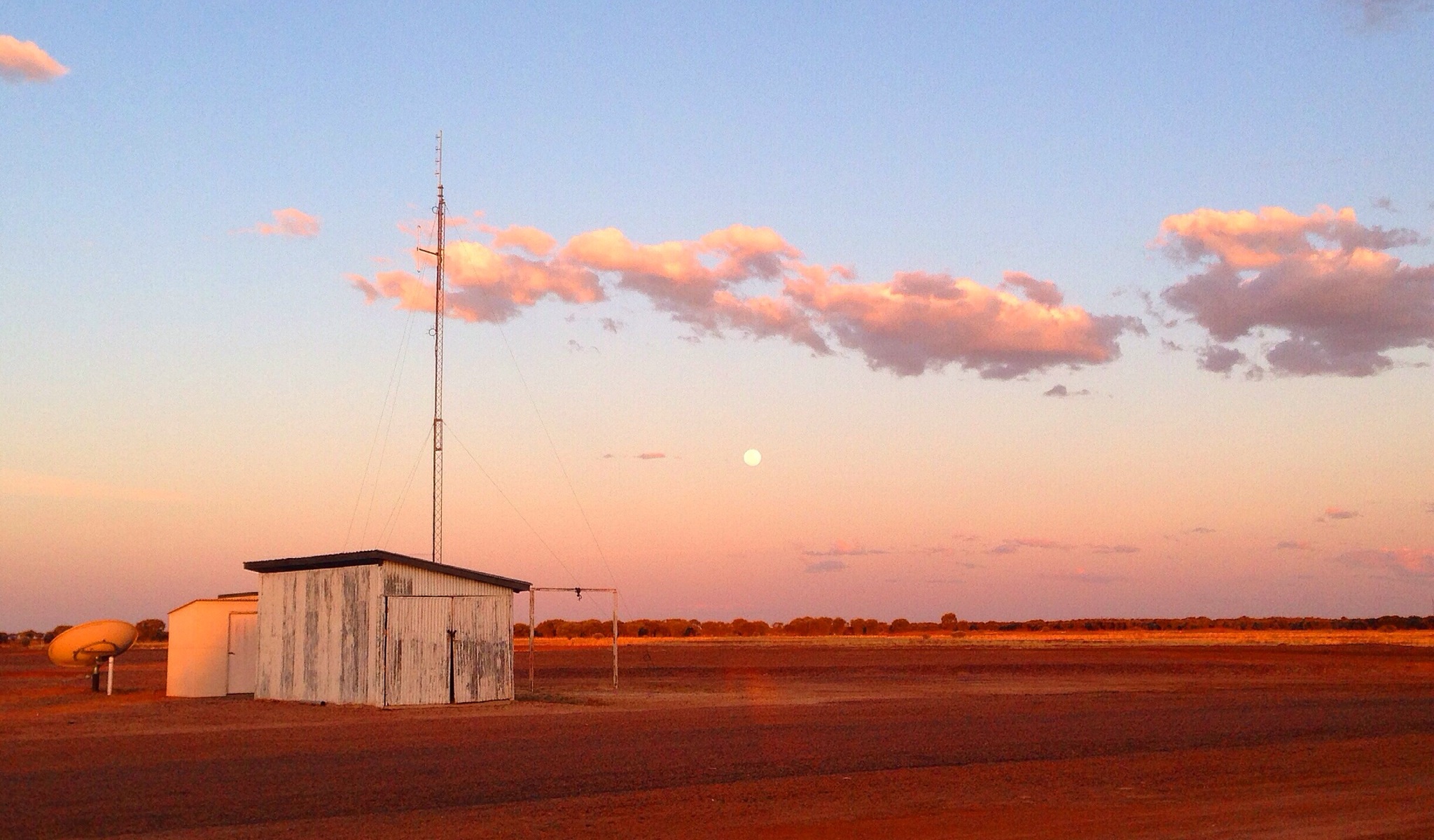 What does sunburnt yuppie taste like? Just ask the tiny flies outside of Birdsville, because they sure took a bite out of me! 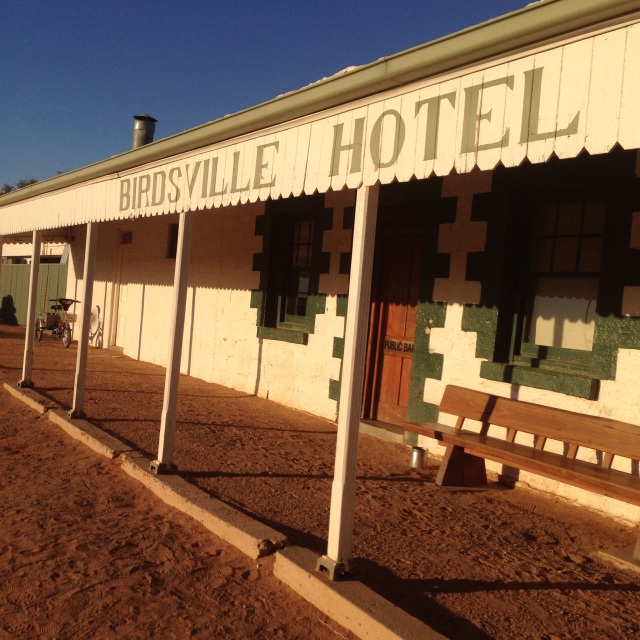 This week we began a long trip to South Australia from the Tropic of Capricorn through the scorching heat of the Australian Outback. While we have been in many areas of the country that would qualify as the outback by any measure, we had not yet been to the desert country. I had been looking forward to this part of our journey, but this fair skinned bunch was afraid of the heat. The forecast was in the 40s Celsius all week, with little respite in the evening according to hearsay from other campers. At one point at an information center in Windorah, the woman behind the desk looked at me in wonder and said- “Don’t you know it’s HOT now. The season for adventure driving down that way is over until March. ”

It’s a wonder we went, after that warning, and a testament to my lovely wife’s adventurous spirit (despite her hatred of being hot) that we stuck to our plan to go south towards Adelaide by way of Birdsville, one of the hottest towns in Australia, followed by the Strzelecki Track through the Strzelecki desert. This area is well known in part as the harsh country that took the lives of Burke and Wills leading an expedition in search of a route north in the mid-1800s. 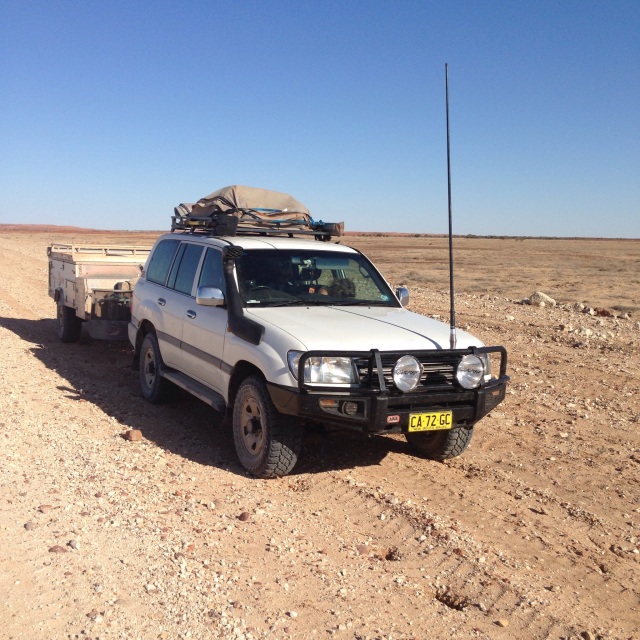 The route took us over scorched land so remote you could actually see mirages in the distance as the earth curved over the horizon. Lake and Finn LOVED this. That’s not water?They said. They were really into it! No I said, it’s just a mirage, a famous trick your eyes play on you in the desert. I made up a story about explorers wandering in the desert chasing the mirage, but they could never reach the water. Lake and Finn wanted to know what other tricks our eyes play on us, finding it so funny that their eyes could be so tricky! I told them about false summits when you are mountain climbing, about the first time I fell for one while hiking with my friend Drew, and about people searching for the end of rainbows, but that was all I could think of…

We set out by heading west across the Capricorn highway from the friendly confines of Rockhampton to Longreach, one of our favorite remote towns. Miranda has chronicled our time in Longreach already, but I’ll just reiterate that it is full of friendly people everywhere from the Information Center, where two workers gave Lake and Finn a bucket of “special red rocks” after giving me directions, to the butcher, who remembered us with a smile.

From Longreach we headed west to the delightful town of Stonehenge, where we saw one of our favorite sunsets of the trip so far. 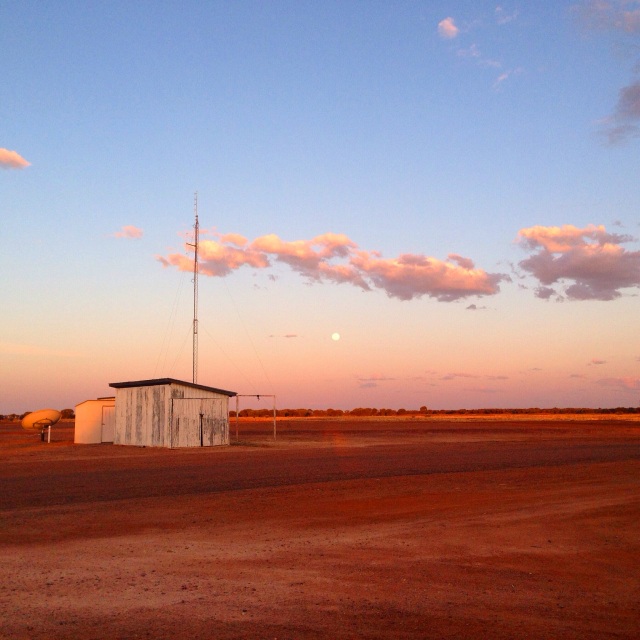 A funny note on Stonehenge, at least 15 people were gathered at the local bar, just under half the town’s population of 31. I immediately liked the bartender, who somehow was in possession of and proudly displaying a Chuck Norris T-Shirt: Chuck Norris doesn’t take what life gives him- he bends the universe to his will. The Stonehenge Bar also had one of the most delicious burgers in Queensland, a juicy burger overflowing with wonderful goodness and just the right amount of toppings….

In stark contrast to the bartender’s shirt, and the general feeling of dusty toughness permeating the bar, I noted that the telly was showing Home and Away – and a few big guys were watching. Knowing this was a popular prime time soap show here – basically a mix of Dawson’s Creek and Days of Our Lives – I feigned the ignorance of an American tourist and inquired as to what the show was everyone seemed to be so into? “Oh that, nothing” he said, flushed. “I don’t know someone must have just turned that on…” Every tough guy has his weak spot, but what would Chuck Norris say about that?! 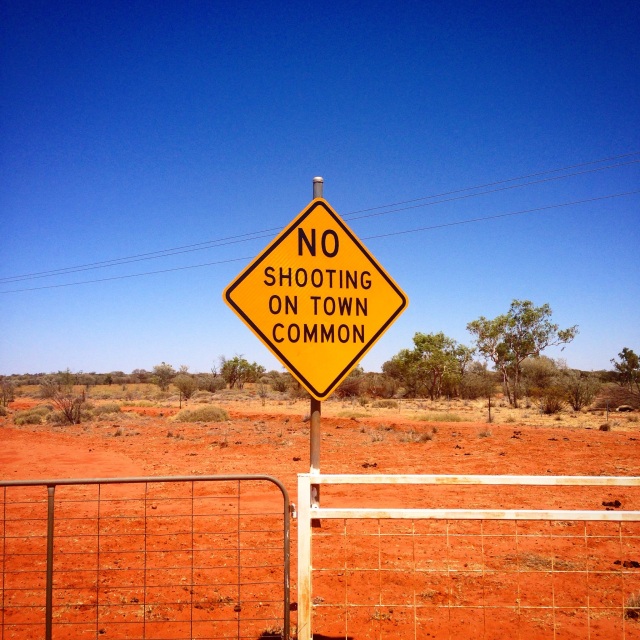 After Stonehenge we moved on to the next morning in the blazing heat headed to Birdsville by way of Windorah for an in-person visit to the iconic outback town. More on this, and the unseasonably warm weather we faced tomorrow after our monthly data plan renews!

← Bows and arrows, avocado trees, and tractors
Birds Falling from the Trees →